Texarkana College was established in 1927 as a public junior college and as a branch of the Texarkana, Texas, Public School System governed by the Texarkana Independent School District Board of Trustees. First located at 16th and Pine Streets, the campus was composed of classrooms, laboratories, offices, and a gymnasium. The laboratories and gymnasium were jointly used by the college and the high school. Following legislation by the State of Texas in 1941, the Texarkana College District was established by an election of the taxpayers of the public school district and a tax rate of 20 cents per 100 dollars of assessed valuation was passed at the same time.

The College experienced continuous growth from the 109 students in 1927 to the end of World War II. After World War II, it became increasingly apparent that the growth in enrollment caused by returning veteran demanded expansion. A $40,000 bond issue election passed in 1948 to buy land and finance construction of a new campus. Twenty acres were purchased and construction of an administration buildings and gymnasium began in 1950. In 1953, the College relocated to its present site on Robison Road with an enrollment of 589 students.

In 1958, through the issuance of $475,000 in revenue bonds, the original student center building was constructed and opened for use early in 1959. Through the issuance of more revenue bonds, the college acquired additional acres and using the same source of revenue, the boys’ dormitory was constructed, the music building was air-conditioned, and numerous improvements were made to other facilities on campus.

In November, 1959, Dr. Stilwell died and Dean W. P. Aikin was appointed acting president until Dr. Stilwell’s successor, Dr. W. H. Hinton was hired in March, 1960. Mr. Aikin then became Vice-President and served in this capacity until the resignation of Dr. Hinton in June, 1962. Mr. Aikin was then made President and served until his death in September, 1963. Dean C. C. Burrus was named acting president upon the death of Mr. Aikin and served until March 1964, when Dr. J. W. Cady was elected as the fourth president of the college. During Dr. Cady’s administration, new chemistry, biology, engineering, mathematics, physics and library buildings as well as an aquatic center housing an Olympic size swimming pool, were added.

In 1971, Texarkana College joined forces with East Texas State University, now A&M Texarkana, in a unique cooperative venture that allowed Northeast Texas residents greater access to higher education. Expansion and growth continue today with the addition of new programs and partnerships with surrounding school districts and high-quality continuing education available to all members of the community.

In July, 2001, Dr. Carl Nelson died and Dean Frank Coleman was appointed interim president until July 2002, when he was named the sixth president of Texarkana College. Dr. Alan Rasco was appointed by the College Board of Trustees in February, 2009, to serve as the College’s seventh president. Dr. Rasco resigned in 2011 and James Henry Russell, CPA, was appointed president in June 2011.

In November 2012, Texarkana College held a successful annexation election to expand the college district to include the balance of Bowie County. Residents now receive in-district tuition and fees, expanded programs and services close to home, and eligibility to vote in elections of the Texarkana College governing Board of Trustees. In addition, Bowie county residents now have representation for designated place positions on the Board of Trustees.

In 2014, due to legislative action and approval for restructuring, the TC Board of Trustees was reduced from nine members to seven members. Trustee members set institutional policies and delegate administration to the college.

Additional major projects during President Russell’s administration include the establishment of the Presidential Scholarship and Honors College program, construction of the Betty and Buddy Ledwell Workforce Training Center, and sustained growth in enrollment and completion rates of students earning the college top rankings in the State of Texas for degree and certificate attainment which continues today.

In 2018, Texarkana College received the Leah Meyer Austin award, the highest recognition for student success in the U.S. for community colleges by the national Achieving the Dream institute.

Texarkana College is dedicated to providing academic and workforce training and vocational leadership to the intellectual, cultural, social, and economic life of the northeast Texas region. 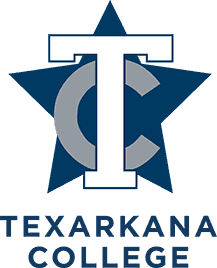